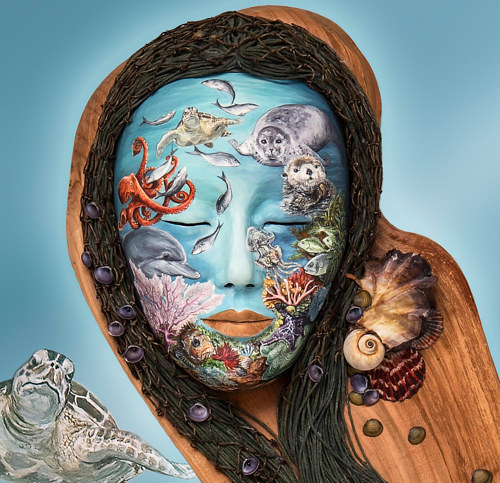 SEA WOMAN IS ABOUT THE SACREDNESS OF OUR OCEANS.

For thousands of years people of the coastal regions of the world have felt that the powerful, majestic waters of the ocean are the natural manifestation of a divine force from whose body came life and nourishment. Though sometimes destructive, lethal and terrifying, its loving and nurturing aspect was seen as being in essence, female.

In Canada, the Inuit call this sea-mother Sedna, though she is also Arnakuagsak in Greenland and Nerrivik in Alaska. The Ancient Greeks had many sea goddesses and among them were: Thalassa, the primordial Fish-Mother, creator of all sea life and Aphrodite, the embodiment of love born out of sea foam. The Chinese and Vietnamese named theirs Matsu, the Japanese called Benten their Queen of the Seas. In Yoruba (Nigeria) she is Mama Watta and Brazilians call her Yemanji. The Christian faith also has many connections with aquatic references, as well as fish symbols and fishing analogies. Mary, Mother of Jesus is also called Stella Maris (Star of the Sea) when she is invoked as a protector for those at sea.

Mother Earth is mostly a Sea Woman because the oceans cover 71% of our planet, but unlike our ancestors, we no longer see her as a goddess. We see a convenient garbage dump for millions of gallons of raw sewage, slow-degrading chemicals, toxic metals, tons of plastic bags, mining waste, industrial, agricultural, municipal runoff, household and gardening effluents, automotive products and oil spills.

Dangerous trash entangles vast numbers of sea creatures or kills those that ingest it. Over-fishing depleted fish stocks and more fish die from starvation as plants and algae die from oxygen depletion in polluted waters teeming with disease-causing bacteria and parasites. And when all the fish die, millions of animals that depend on them will also disappear.

Will Sea Woman’s wrath awaken as global warming melts polar ice and rising waters engulf that tiny portion of the planet we live on? Perhaps humanity should regain its ancient vision. Would we stop harming our oceans if we once again perceived the sacred nature of our relationship with this life-giving, life-sustaining Mother that we no longer honour and respect? 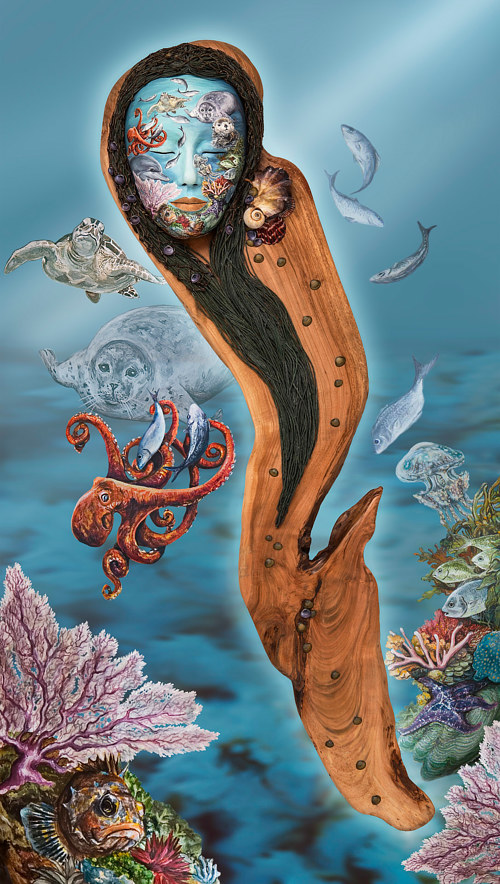