The Balance of Gaia 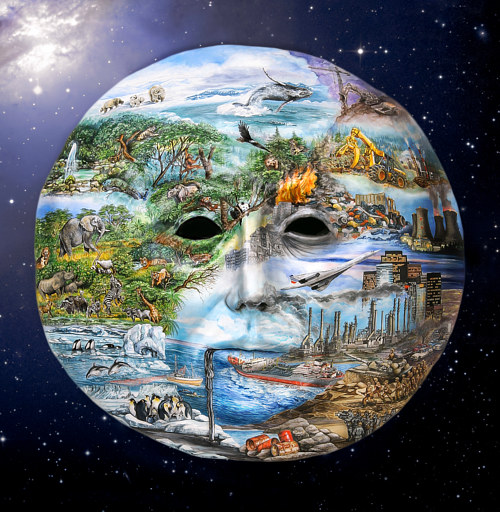 THE BALANCE OF GAIA IS ABOUT STRIVING FOR COEXISTENCE AND SANITY.

I created this piece in 1992 but what it depicts is still relevant today. It was inspired by James Lovelock’s Gaia Hypothesis. He was a consultant to the “Life on Mars Viking Spacecraft” project for NASA.

Gaia is the ancient Greek goddess that personifies our planet. In Lovelock's theory, it is a single self-evolving and self-regulating living system that was formed over billions of years independently from humans. This living earth does not exist to be exploited by humans, or changed to suit man: it needs neither his dominion, nor his stewardship.

This organic thinking is in contrast to the mechanistic philosophy of Descartes who reduced Nature, animals and even Man to mere biological machines. The Gaian view instead depicts our world as a living, deeply complex, interconnected organism that functions as a giant community where every species is a valuable participant in the co-operative balance that allows the planet to survive.

In my representation, a Yin-Yang pattern on the face of the Earth separates the natural from the man-made environment. But unlike the yin-yang concept where nothing is purely one thing or another and everything is interconnected, the man-made environment I depicted is in conflict and out of balance with the natural order of things. Human activities proliferate like a fast spreading cancer on Gaia’s sick-looking face and oil pollution trickles from her lips. 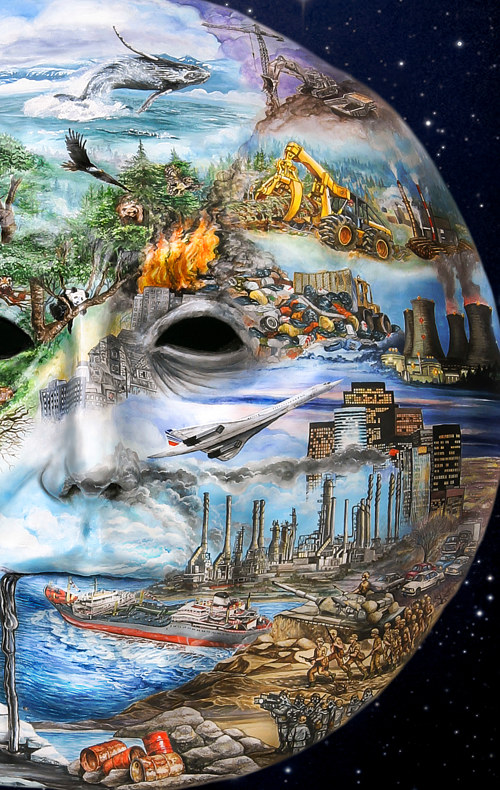 The egotistical Man-centred view that fuelled the exploitation and dominion of the Earth has been a dangerously destructive perception. Whether or not the Gaia’s Hypothesis of a living planetary being is true, there is much wisdom in understanding that the Earth doesn’t exist solely for the benefit of human masters  or for every insane whim we can dream of.

To survive, all species including our own need to be mutually beneficial in relation to others and to Nature as a whole.

We struggle to balance economic, social and political versus ecological priorities, but will Gaia give us enough time to rebalance our thinking? If we can't achieve coexistence, sanity and equilibrium, humanity’s time on Earth will be nothing more than a brief chapter in her history.

The Balance of Gaia is for those whose daily affirmation is a pledge to bring about positive change in their choices and actions. 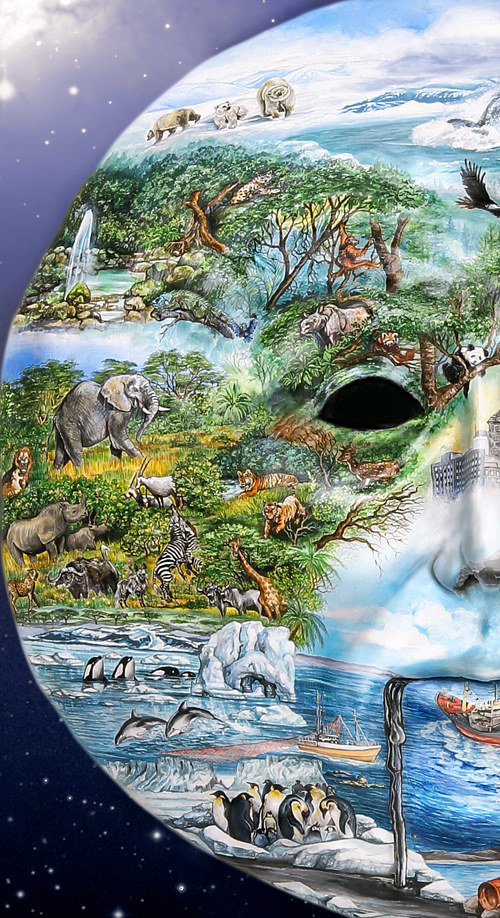 The Balance of Gaia, face detail