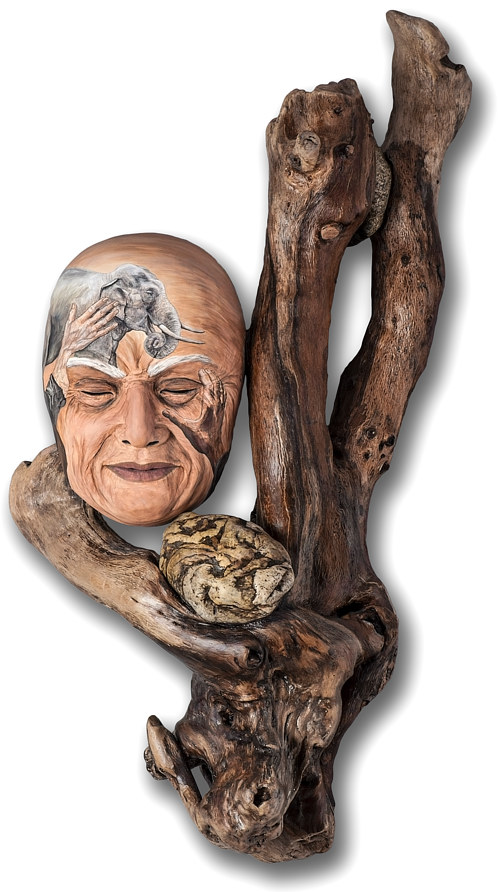 The piece of driftwood that I incorporated in this sculpture was a gift from the Pacific Ocean. It belonged to a tree whose roots wrapped themselves solidly around some stones and it is just a fragment of a larger story. The stones still trapped in it made me think about the beliefs that are often entrenched in our minds.

Scientists could tell me more about the kind of tree it came from, but would they really know its story? Perhaps lovers cherished it because it bore their initials. Who knows how it became fragmented and carried away by ocean currents? There is always a larger reality hidden from view and unknowable.

What is the reality of Truth? Marcus Aurelius, the Roman emperor and philosopher, said that everything we hear is an opinion and everything we see is a perspective, not a fact.

There is also an old story from India that teachers and spiritual leaders have often used to illustrate the dangers of intolerance. It is the tale of the Blind Men and an Elephant.

Each teller may vary the story a bit by describing a group of monks or supposedly wise and learned men who were either blind, blindfolded or in a dark space. Each man was led in front of something they could not see. After touching it, they compared with each other what they had learned.

What they had touched was in fact an elephant, but each man could only reach part of its body. Although unable to see the whole animal, everyone assumed he knew what he had touched. For instance, the man who felt the tough, rough skin on its thick leg was convinced it was the trunk of a tree, while the one who touched its tail was sure it was a rope. No one agreed with anybody else about what he had experienced and everyone clung so fiercely to his own interpretation that the arguments degenerated into violence.

How you interpret this parable also depends on you. We all have a different point of view or depth of understanding in everything we experience. It is foolish, insane or arrogant to to claim sole ownership of the total truth or to fight with each other because we cannot respect or tolerate other beliefs. Self-righteousness is a harmful form of blindness that can set one adrift in an ocean of self-delusion or even turn deadly.

Living my truth gives me a sense of integrity. Personal beliefs enhance my life experience, motivate me and give meaning to my existence. Our shared insights may inspire and inform others. Ultimately though, it is just wise to realize that Truth is like a beast that is much too large for us to see in its entirety. 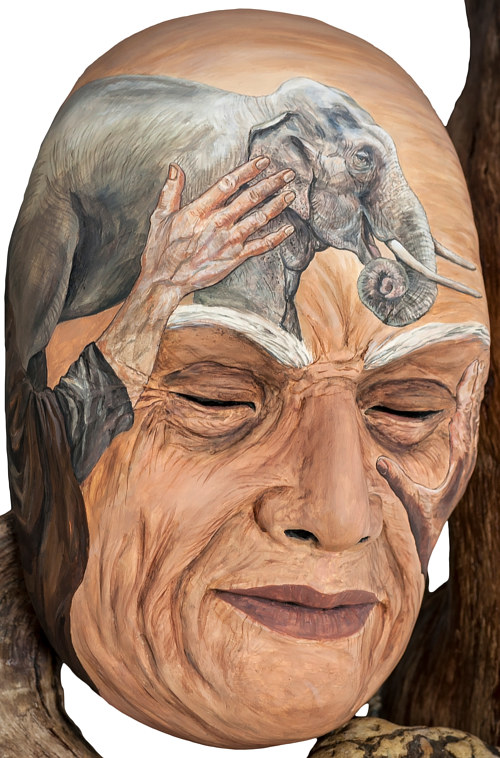