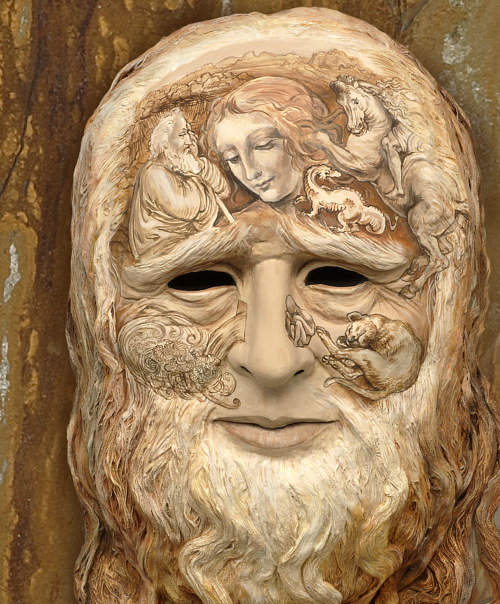 WATER ART IS ABOUT THE POWER OF IMAGINATION.

The Swiss psychiatrist Carl Gustav Jung said that water is the commonest symbol of the unconscious. The unconscious is the birthplace of dreams, creativity and intuition, where ideas and emotions translate into the many forms of art.

When art taps into your unconscious mind, you feel afloat in a sea of emotions and your awareness of time and space slows down as if you are moving through water.

For an artist Water may be a symbol, but it is also a constant source of inspiration because there is art in everything it does.

Beautiful in its transparency, hypnotic in its dark depths, intriguing as a reflective surface or a shrouding mist, Water is a playful thing that carves and shapes natural wonders, or binds itself to all sorts of elements and chemicals to create fantastic forms and colours.

The artistry of its fantastic abstractions nourishes and renews the imagination, evokes feelings or suggests patterns. Wading into Water’s unconscious, unconstrained creations releases your own random unconscious thoughts, free associations and playfulness.

Looking for Water’s artworks is always a thrill for me and I was lucky enough to chance upon a gorgeous piece of grey slate that would not have been so remarkable if rainwater had not combined with natural pigments to form such dramatic designs in rich rusty hues.

That slab of stone reminded me of Leonardo da Vinci using a water-stained wall, mud patterns, clouds and such to find marvelous images among the strange random shapes. He advised artists in search of creative inspiration to use such devices in order to see new compositions for “landscapes, battles, figures in action, strange faces and costumes and an endless variety of objects which you could reduce to complete and well-drawn forms”.

This genius constantly exercised his keen sense of observation and for him water in all its aspects provided a source for ideas and mental associations. For instance, as he once stood by a well, he saw a stone hit the water causing a ripple and, at the same time, heard a church bell. The circles in the water made him think that sound must also travel in waves, a connection that is a remarkable scientific discovery.

Leonardo mastered art and science through the unconscious. With a mind more attuned to art than science, my own mental connections only produced an image of Leonardo’s smiling, dreamy face adorned with his wavy hair and beard that I added to that piece of slate where water had already done such lovely artwork. It is my tribute to Water’s most intangible aspect: its presence in our creative mind. 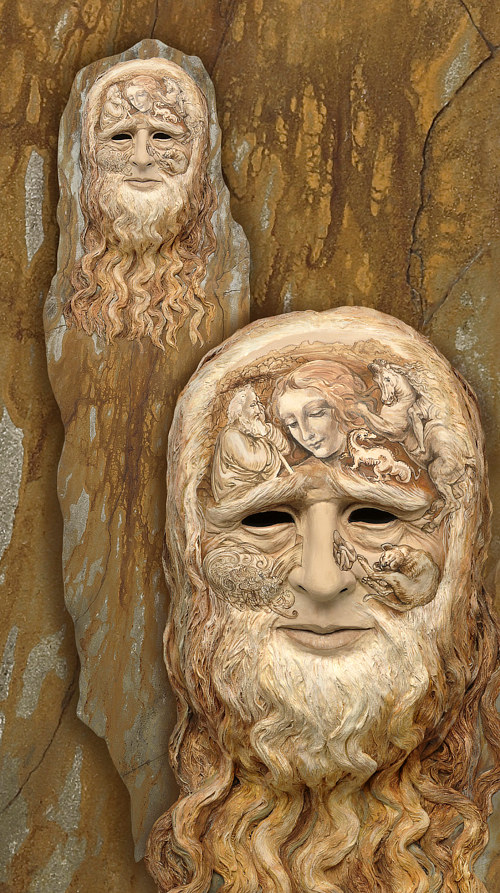